From Astrology to Predictive Analytics: Understanding how data is used to make predictions

An Anecdote about Astrology

Years ago, a friend’s mother drove me home from a study session and during the drive the topic of my impending move across the Atlantic Ocean came up. Little did I know that this woman was a practicing astrologist and insisted on providing me insight about my future. I was definitely curious and decided to give a few details about myself, which included my date and time of birth. The next time I saw her she had read my birth chart and supplied me with what I thought at the time was compelling information. Something about an easy journey there, but a complicated existence upon arrival. In retrospect I realized the vagueness of her fortune telling, but I couldn’t help but notice her methods.

My friend’s mother had collected information about me and applied pre-existing knowledge related to my birth and its relationship to the placement of planets and stars. She made sense of information I had no idea existed, let alone could produce anything of value with, and predicted a future for me. 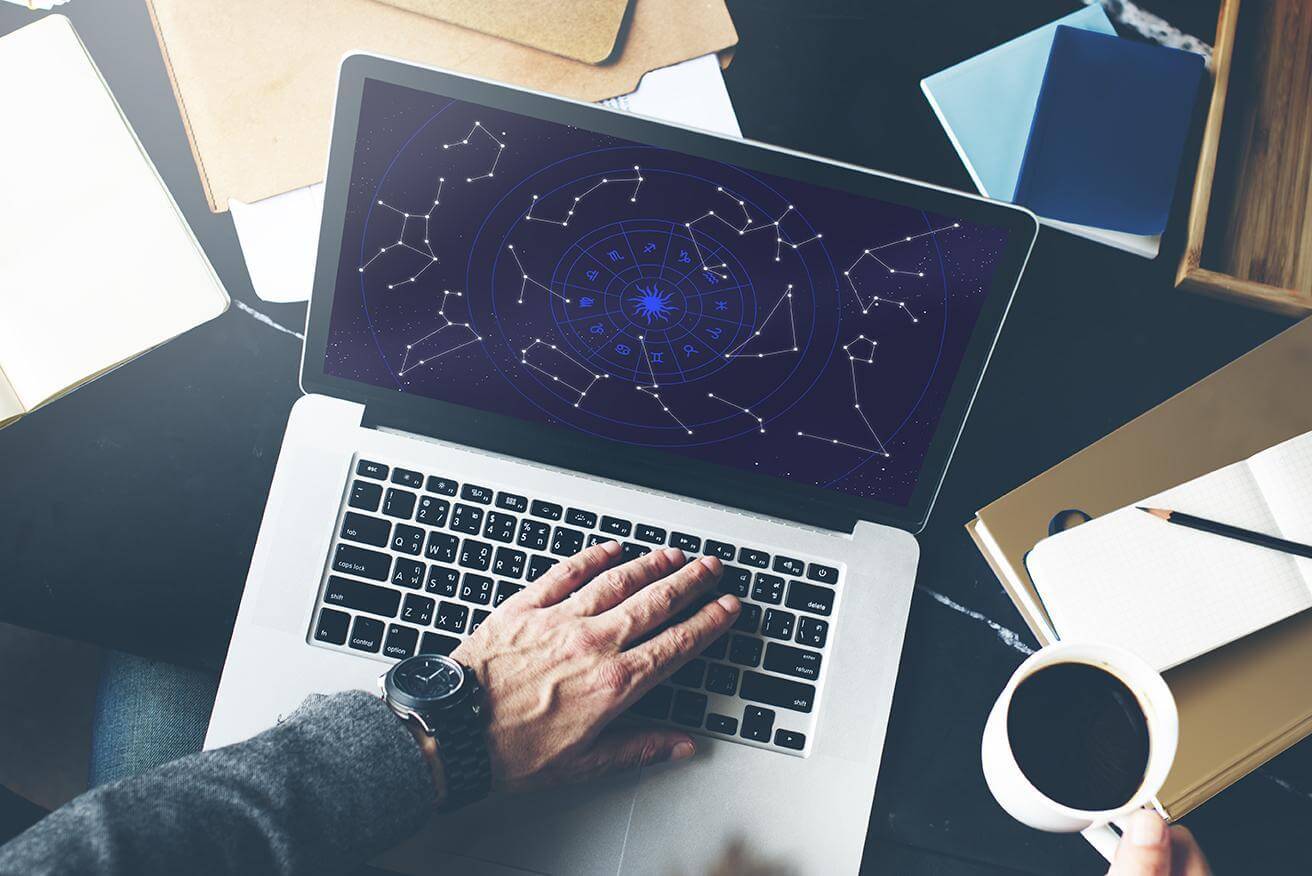 Astrology has been a part of human existence since ancient times and was once intimately intertwined with science. Looking to the stars, thinking about their positions and movements revealed certain facts about daily life, like how the moon controls tides or determining what season it is. It influenced the actions of cultures who associated the stars and moon with religion, sometimes resulting in, what we would consider today irrational, decisions like human sacrifice. As time progressed so did the human understanding of astrology. Once it was discovered by the Greeks that the Earth spins, human comprehension of astrology drastically changed and moved closer to how it’s actually understood today.

Once a highly esteemed form in making sense of the world, by the 17th-century astrology fell by the wayside with scientific advancements. It was even attacked by famous historical figures such as Sir Isaac Newton, who in turn ended up affirming science’s relationship to how things work by discovering physics.

Astrology and Predicting the Future

A lot of people disregard astrology, associating it as a type of hoax or just a hobby one picks up. Regardless of whether or not you agree or believe in it though, astrology uses a scientific method. The method used in astrology is not so different from less historical forms of prediction. If anything, astrology serves as an accessible example of how predictions work in the more complex field of data analysis.

Astrology is reflective of predictive analytics specifically, in that they both use pre-existing or historical data to predict future events or occurrences. Both use models to capture important trends and are then applied to current data to predict what will or could happen with that set of data. 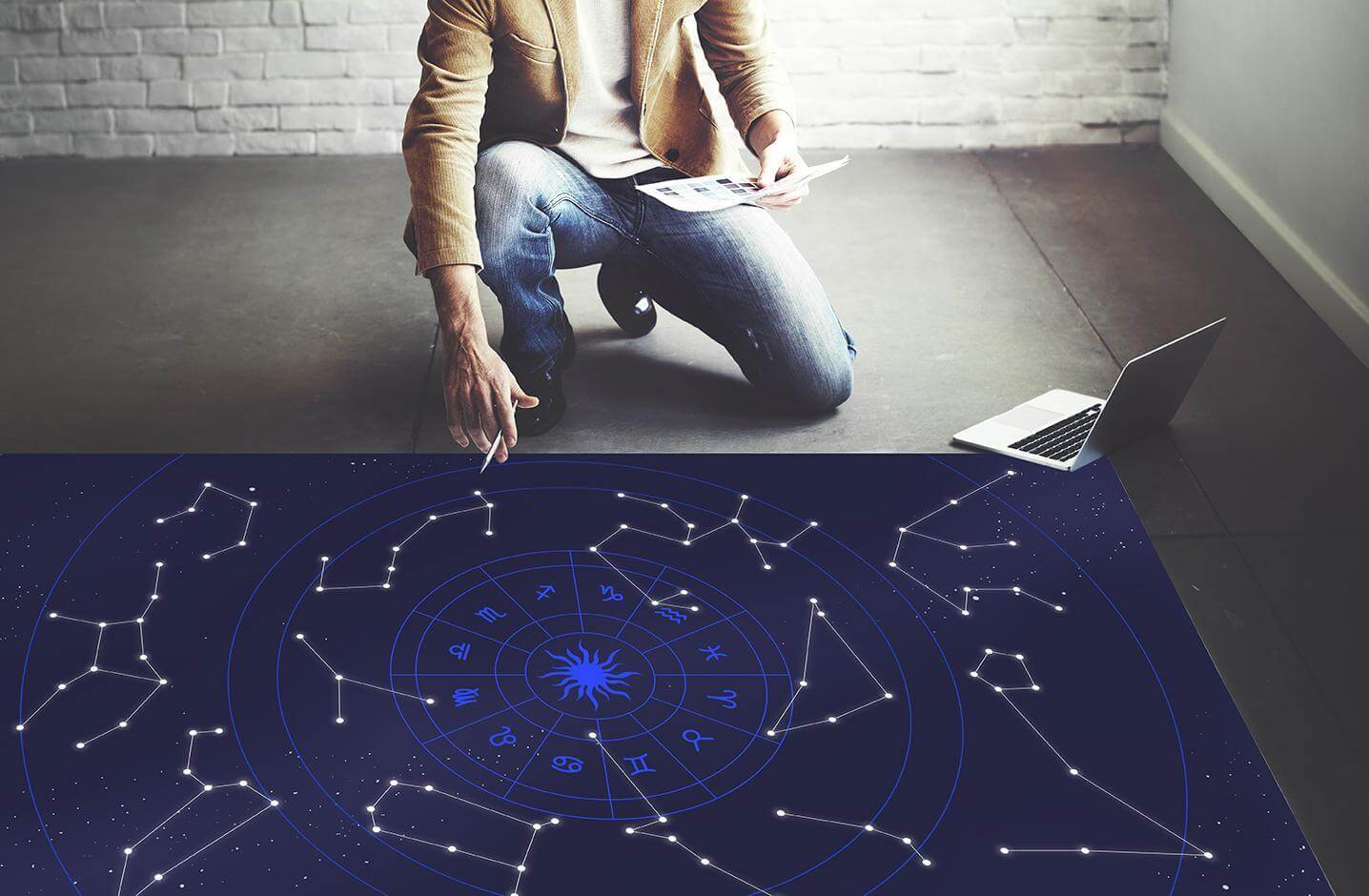 In the case of astrology, horoscopes and birthdays serve as a model and then applied to an individual’s circumstance. Swiss psychiatrist and psychoanalyst Carl Jung sums up this idea in a peculiar quote, “We are born at a given moment, in a given place and, like vintage years of wine, we have the qualities of the year and of the season of which we are born. Astrology does not lay claim to anything more.” In the case of my friend’s mother, she used information associated with my birth date, which served as pre-existing data, and applied those trends to my life or rather made a prediction based on previous data.

When it comes to predictive analytics, determining the likelihood of something happening takes the use of complex statistical techniques. Predictive analytics is used to make sense of large sets of data which are then used to create models to capture trends, and predict future events. The similarities between astrology and predictive analytics stop in what their fundamental purposes are. Like its departure from science, astrology holds little value in the world of data analytics.

Being able to break down big data and make it useful provides measurable benefits in a variety of industries that include, but are not limited to collections, fraud detection, risk management, customer relations, and more. If there’s something we can always rely on, it’s change. As the significance of astrology changed, the dynamics of scientific prediction does as well. Fortunately, the changes experienced today are less dogmatic and involve the integration of data measuring methods in this case.

Sign up now for new trends and get an insightful case study related to business intelligence.

The key difference between the two is that predictive analytics still requires humans and is limited to predicting outcomes based on previous patterns. Machine learning on the other hand, takes it a step forward by building algorithms and develops on its own to learn and adjust as more data comes in. It simplifies data collection and improves accuracy. As fun and interesting as astrology can be, you wouldn’t want to use it, or probably wouldn’t even be able to, to handle large amounts of data related to your business. Fortunately, with the evolution of technology we have the tools and methods, like machine learning, to do the complicated statistical work, create models, and then automate it. 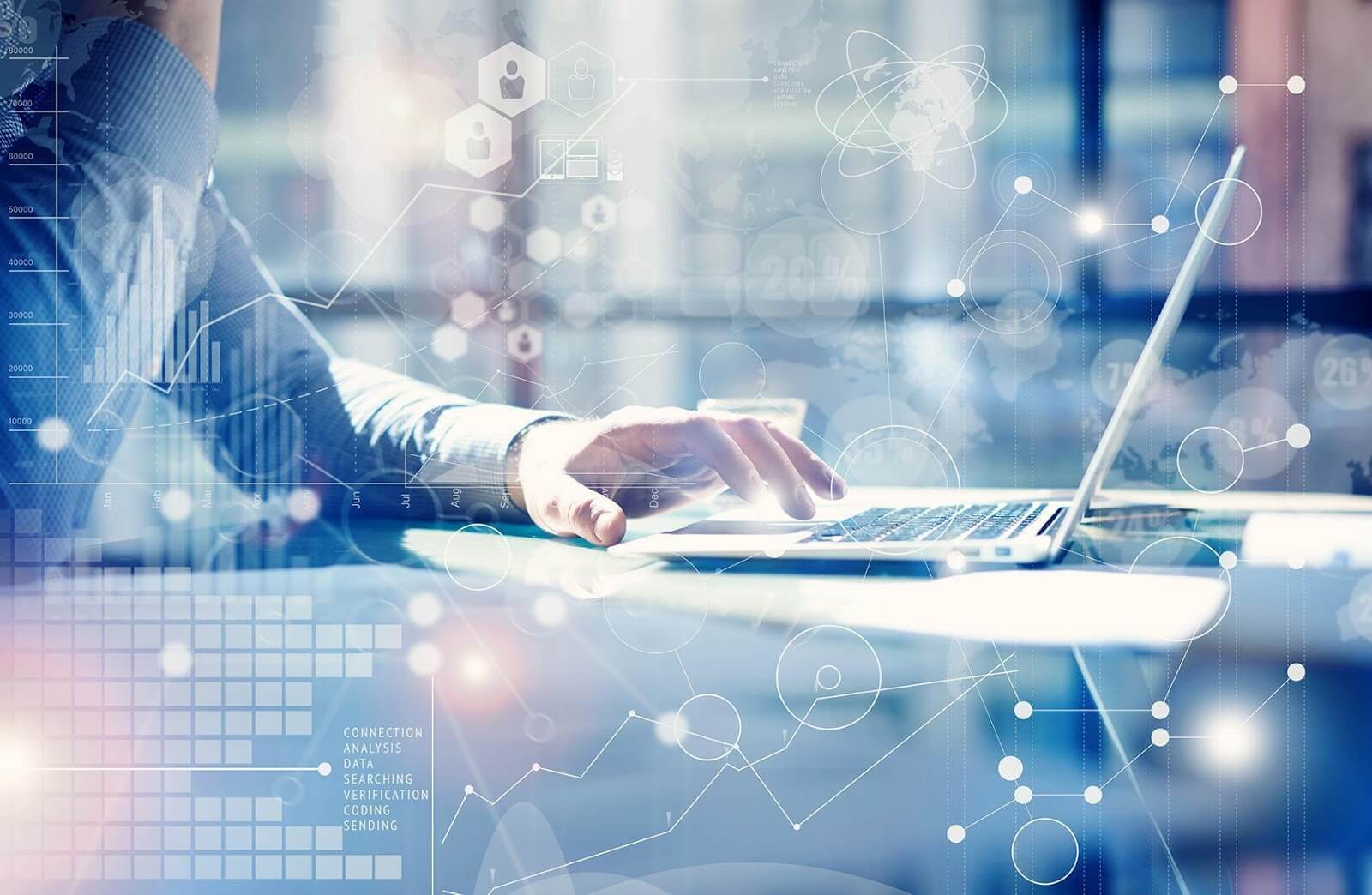 The more connected the world becomes, the bigger data sets are and will get. Using methods of predictive analytics with machine learning is crucial to breaking down that information and making sense of it all. A self-service business intelligence software like Dyntell Bi harnesses powerful prediction capabilities to do just that for you.

The Dyntell Bi Ensemble system uses classical regressions and deep learning algorithms to predict the future values of a dataset based on past data patterns. While it’s nice to have one opinion, having a second provides reassurance. The Ensemble system combines two methods for two opinions to get the most accurate prediction. It engages the best of both worlds by running classical algorithms and requiring less data for deep learning systems.

In addition to having a system that integrates two forms of prediction, the Dyntell system builds prediction models with collected data and data already found in the TimeNet database. TimeNet is continuously collecting time series from different sources ranging from finance and economics to official statistics, weather and climate sources, Google and Wikipedia searches, and even astronomical data. And having access to this wealth of information makes your prediction even more accurate.

Dyntell uses multiple resources and hones the data to provide something meaningful. To put it simply, if a Dyntell Bi user requests a prediction, the system will try to find a correlation between the user’s business data and the Time Series Big Data. Correlation doesn’t necessarily always mean causation, but the Dyntell Bi Ensemble system operates under the premise that things are related, and that events affect each other in cascading sequences or are based on the same mathematical rules and have a similar behavior. Much like our understanding of how information in astrology is used to tell the future.

Have the Power to Predict

New York meteorologist Lee Goldberg once described astrology like a weather report. He said, “It tells you what conditions you’re likely to face in the future. If the weatherman says it’s probably going to rain, you bring an umbrella. If you follow that advice, you won’t get wet.” The same can be said when using methods to predict future events about your data. Work with Dyntell Bi to make sense of your data and use your data in a way to either reach data projections or see what you can do to avoid a situation.

Work with Dyntell Bi to break down your data, make sense of it, and display it with stunning visualizations for even more accessibility in understanding your data. Gain the insight you need from your data and have the power to predict what comes next.

Automation of most business processes is now the norm across major industries. Mountains...

The fear index is something that you might have heard before; it’s a phrase widely used...

BI Software – Exciting Trends to Look for in 2019 Dyntell’s mission is to become...

You may not realize it, but the everyday technologies which we have come to rely on use...

Where Are the Robots?

The hidden AI button that gives your company the power to be self-driven Have you ever...